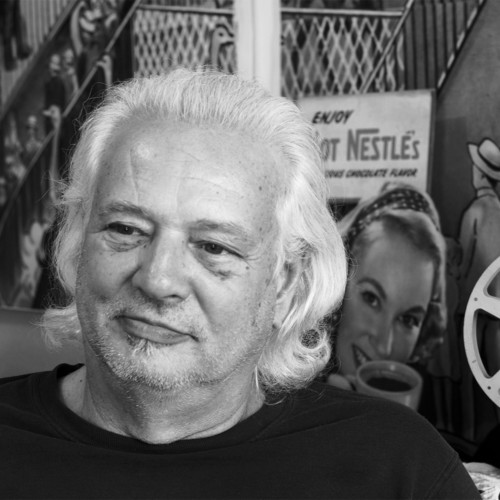 Ruppersberg is an avid collector of vintage comic books, as well as books, films, signage, records, posters, and obituaries. Carl Barks, 2020 continues the artist’s interest in American vernacular culture, memorials, and the intersections between art and language, as well fact and fiction.

In generously creating this series for CalArts, Ruppersberg looked to the founding history of CalArts, which was brought about following a merger of Roy and Walt Disney’s Chouinard Art Institute and the Los Angeles Conservatory of Music. Ruppersberg has said of his time as a student, “I was lucky to be able to be at Chouinard at that time, in the early ’60s, because it was still old-school in many ways. They taught you how to draw, but you’d also see Man Ray hanging out on the patio, and get to hear him give talks.”