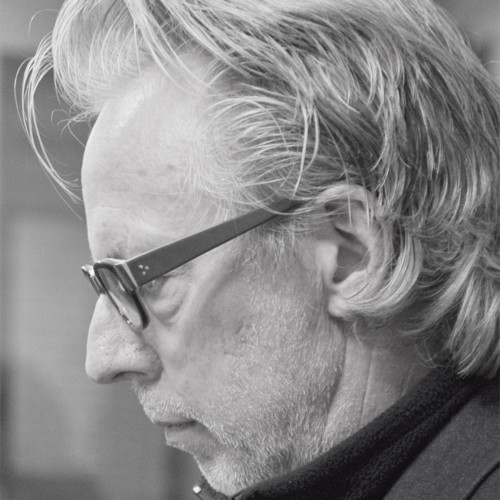 Printed and Published by Gemini

Since the 1970s, when he was a student at the California Institute of the Arts, American photographer James Welling has become known for a relentlessly evolving body of images that considers both the history and technical specificities of photography. Emerging at a time when the medium focused on its capacity for mimesis, Welling’s work signaled a break with traditional ideas of photography by shifting attention to the construction of images themselves. While the artist produces discrete series whose subject matter ranges widely, his work is united by an examination of what might be termed “states of being” produced by photographically derived images and how such states are, in turn, read by the viewer.

Welling was born in 1951 in Hartford, Connecticut. He studied at Carnegie Mellon University and the University of Pittsburgh before receiving his BFA and MFA from the California Institute of the Arts in Valencia. The artist has been represented by David Zwirner since 2005. Transform, which was on view in New York in 2019, marked his eighth solo presentation with the gallery and Metamorphosis, presented at the gallery’s Hong Kong location in 2021, was his first solo exhibition in greater China.

Cento, an exhibition focusing on Welling’s recent work on architecture and ancient Greek and Roman statuary, was presented by Musée des Arts Contemporains, Hornu, Belgium in 2021. In 2020, Choreograph was on view at the George Eastman Museum in Rochester, New York. In 2017, the Stedelijk Museum voor Actuele Kunst (S.M.A.K.) in Ghent and the Kunstforum Wien in Vienna co-organized Metamorphosis, a traveling solo show encompassing the artist’s work from over four decades. Things Beyond Resemblance: James Welling Photographs, a solo exhibition hosted in 2015 by the Brandywine River Museum of Art in Chadds Ford, Pennsylvania, presented fifty works from the artist’s Wyeth project. The museum also commissioned the artist to create eight site-specific installations, Gradients, which explore the intersection of photography and sculpture. In 2013, a major survey, Monograph, was organized by the Cincinnati Art Museum in Ohio and accompanied by a catalogue published by Aperture. The exhibition traveled to the Hammer Museum in Los Angeles. In 2012, The Mind on Fire at the MK Gallery in Milton Keynes, England, explored the origin and development of Welling’s abstract photographs from the 1980s. The show traveled to the Centro Galego de Arte Contemporánea in Santiago de Compostela, Spain and the Contemporary Art Gallery in Vancouver.

Welling’s work has been exhibited widely in the United States and internationally, including solo exhibitions at the Art Institute of Chicago (2014); Fotomuseum Winterthur, Switzerland (2013); Wadsworth Atheneum Museum of Art, Hartford, Connecticut (2012); Minneapolis Institute of Arts, Minnesota (2010); Palais des Beaux-Arts, Brussels (2002); Art Gallery of York University, Toronto (2002); Sprengel Museum Hannover (1999); Carnegie Museum of Art, Pittsburgh (1998); and the Kunstmuseum Luzern, Lucerne, Switzerland (1998). In 2000, the Wexner Center for the Arts, Columbus, Ohio organized a major survey of his work, which traveled to The Museum of Contemporary Art, Los Angeles, and the Baltimore Museum of Art. In 1990, the artist’s first museum exhibition was presented by Kunsthalle Bern.

In 2014, Welling was a recipient of the Infinity Award given by the International Center of Photography, New York, and in 2016 he received the Julius Shulman Institute Excellence in Photography Award from Woodbury University, California. From 1995 to 2016, Welling was Professor in the Department of Art at University of California, Los Angeles (UCLA), and since 2012 he has been a Lecturer with the rank of Professor in Visual Arts and the Lewis Center for the Arts at Princeton University.