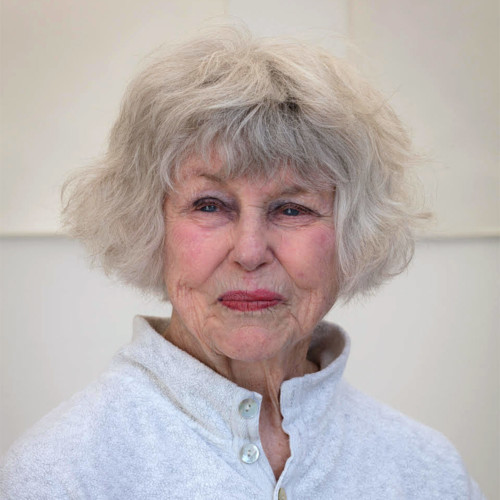 Edition of 20 with four APs (each unique)

Certificate/documentation provided by the artist with etched signature on glass

Since the 1960s, Barbara T. Smith’s (Chouinard 1965) work has demonstrated an engagement with issues of spirituality, gender, and power, making vital contribu­tions to both feminist discourse and the history of West Coast performance art. For her CalArts 50+50 limited edition, Smith has created Invisible, 2018, a blown-glass sculpture containing water, in a series of 20 objects. Smith has said of her edition, “One day I noticed the most amazing thing. I noticed that two elements life requires to survive, air and water, are intrinsically invisible! Immediately I got the idea to create a beauti­ful sacred container to honor and celebrate this. It would be a large drop of hand-blown glass. Inside the drop would be a sealed space holding air and water. And glass itself is also invisible! Think about it.”

Smith’s work was recently on view in Experiments in Electrostatics: Photocopy Art from the Whitney’s Collection, 1966–1986, at the Whitney Museum of American Art, in New York. Smith received her BA from Pomona College in 1953, studied at Chouinard in 1965, and received her MFA in 1971 from the University of California, Irvine, where she was a founding member of F-Space with Chris Burden and Nancy Buchanan.

Smith has exhibited widely since the 1960s, and her work has been represented in several historic survey exhibitions, including Whatever Happened to Sex in Scandinavia? at Office for Contemporary Art, Oslo, Norway (2009), and WACK! Art and the Feminist Revolution, Museum of Contemporary Art, Los Angeles (2007), State of Mind: New California Art Circa 1970, Orange County Museum of Art, The Berkeley Art Museum, the Bronx Museum of the Arts (2011–2013), and The Radicalization of a ‘50s Housewife at the University of California, Irvine (2011).